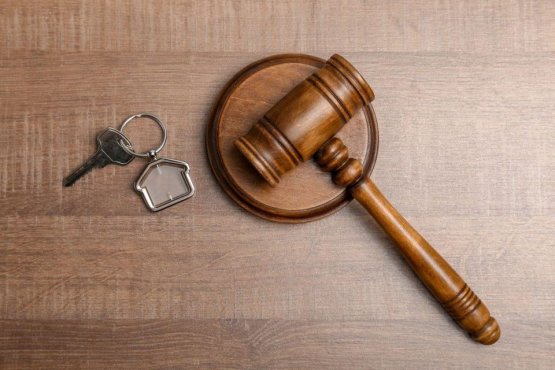 This year looks set to offer a sense of continuity for the property industry considering the Conservatives’ election victory in December 2019. Policy changes either set or in motion are likely to continue as planned, with some changes and additions to be made as described in the incumbent’s housing pledges during the election and as offered in the Queen’s Speech last month.

It’s set to be a good year for the property industry overall, with increasing market confidence and improved sales predicted for 2020. But prudence is power, and for landlords and agents with a stake in the market, it’s best to be aware of the main legislative changes that could affect them in the year ahead. Some of these changes have been carried over from 2019, most are new, and a couple are speculative on the 2020 Budget–due on March 11. They all bode potentially significant impacts on sales potential and personal finance for agents and landlords and are worth taking note of now to factor into 2020 planning.

Former Chancellor George Osborne’s Section 24 legislation to gradually reduce landlord income tax relief over four years, starting from April 6, 2017 until it’s fully phased in on April 6, 2020, is reaching its endgame. The new rules were intended to level the tax playing field between homeowners and investors by reducing the income tax relief that landlords can claim on their rental property, such as mortgage interest, interest on loans to buy furnishings and fees incurred when taking out or repaying mortgages or loans.

From April 2020 to 2021, 100% of financing costs incurred by a landlord will be given as a basic rate tax reduction. The final phase reduces the percentage of finance costs deductible from rental income to 0% and raise the percentage of basic rate tax reduction to 100%. This means that from April, landlords will have to pay income tax on the full amount at the basic tax rate of 20%, with the option to claim back 20% of mortgage interest costs as credit.

This does rather hammer the Buy-to-Let market, as the expense of operating a rental property becomes difficult to offset due to tax relief reductions.

Coming into effect on April 6, 2020 are changes to the rules governing Capital Gains Tax (CGT) as it applies to the sale or “disposal” of private landlords’ additional properties other than their main place of residence.

Landlords will now have to contend with added compliance as a result of a new 30-day deadline to pay the CTG on additional property sales–currently landlords pay the CGT as part of their annual self-assessment tax returns, so it’s not necessary to pay the full amount until the end of the next tax year. The costs will remain the same, but it does put landlords in a tight spot if they’re selling for profit, as failing to pay the CTG before the end of the 30-day window will incur penalties.

Under Private Residence Relief (PRR) rules, landlords selling property that used to be their main residence are exempt from paying tax on the final 18 months that they owned the property, irrespective of whether it was rented out. Giving more time before the CGT must be paid.

From April 6, 2020 it is expected that this payment window will be reduced to nine months. Landlords with second homes should keep note of the new payment deadline to avoid paying unnecessary tax.

Those landlords who qualify for PRR may also be eligible for lettings relief on the CGT owed on a property that was previously lived in and has been let out in part or in full as residential accommodation. In claiming lettings relief, landlords can get the lowest of the following: the same amount they received in PRR, up to £40,000 on disposal (£80,000 for couples), and the chargeable gain made from letting out their home.

Under the changes expected on April 6, 2020, this relief will be restricted to landlords living in the residence at the time of sales, i.e. shared occupancy with a tenant.

The government confirmed its intention to repeal Section 21 legislation from the Housing Act 1988 as part of the Renters’ Reform Bill 2019–20 announced in the Queen’s Speech on 19 December last year. Section 21 legislation currently allows landlords to issue tenants in Assured Shorthold Tenancies (ASTs) with a notice of eviction procedures without having to state a reason–so called “no-fault” evictions.

Repealing Section 21 legislation will mean that tenants can only be evicted if there’s a legal reason to do so. This would make it difficult for landlords to retake possession of their homes early if they wanted to move in themselves or sell up.

To mitigate the burden on landlords, the government also proposes reforming the grounds for possession under the Section 8 process as part of the Renters’ Reform Bill to give landlords more rights to repossess if they have a legitimate reason to do so. This includes new grounds for landlords to issue a notice if they want to move into or sell the property, along with enhancements to the process for when a tenant breaks the terms of the tenancy.

A second reading of the Renters’ Reform Bill has not been confirmed yet, so it’s unlikely that any changes will come into effect before late 2020/early 2021.

Also included in the Renters’ Reform Bill is a promise to introduce lifetime deposits for tenants. The new scheme is intended to improve the rental experience and affordability for tenants when moving to a new tenancy.

Reaction to the scheme has been mixed. The Residential Landlord Association welcomes the improvement to tenant finances and manoeuvrability between properties, as long as the scheme has sufficient detail for both landlords and tenants to express confidence.

On the opposite side, Franz Doerr, chief executive of the deposit replacement scheme Flatfair, claims the scheme is “fundamentally flawed,” arguing that the concept of “deposit passporting” is great in theory but doesn’t work in practice. Tenants would still have to raise a lump sum and landlords would lack adequate protection in cases where deductions are required.

The scheme is rather short on detail at the moment and needs to be analyzed more closely at a later date.

Subject to approval in Parliament, new regulations on Electrical Safety Standards in the Private Rented Sector will hold landlords and agents responsible for ensuring that electrical installation inspections and testing are carried out on all new tenancies from July 1, 2020, and all existing tenancies from April 1, 2021.

The new regulations require that these inspections and tests are repeated at least every five years by a qualified professional. Landlords are furthermore required to supply each tenant with a report of the results of the inspection and test with 28 days and retain a copy of the report until the next inspection.

According to ARLA, most good professional landlords and agencies already undertake these inspections voluntarily, so the new regulations should have a limited impact overall.

The Housing Secretary announced on January 4, 2020 that the government’s model tenancy contract will be revised to end the ban on well-behaved pets in rental homes. This shift is intended to improve the quality of life for responsible tenants by encouraging landlords to review the right to keep a pet on a case-by-case basis rather than applying a blanket ban on pets.

It’s good news for tenants and may bring several benefits, but many landlords have argued that the legislation is barking mad as it increases the risk of wear and tear which may not be sufficiently covered even with a deposit, as such costs can in some cases spiral up to thousands.

The U.K. property market has been pinpointed as particularly ripe for money laundering, with compliance monitoring service Compliance International suggesting that £4.4 billion worth of U.K. property has been purchased using “dirty money.”

Agents are now required to demonstrate effective due diligence on their customers where they can prove, beyond a reasonable doubt, the buyer or seller’s identity and that all funds are fully legitimate with no involvement of illegal funds or activities.

For lettings agents the new directive also requires enhanced due diligence when dealing with transactions from high-risk third countries. Any lettings agent managing a property which individually yields an income of more than €10,000 or equivalent must perform due diligence on the landlord, tenant, guarantor or authorised occupier, to ensure proof of identity and the legitimacy of funds.

Whilst unconfirmed, there is a possibility that stamp duty land tax (SDLT) will be addressed in the new government’s first Budget, scheduled for 11 March 2020. Possible changes to the tax have been mooted by both Prime Minister Boris Johnson and Chancellor Sajid Javid since last summer. These include raising the minimum threshold from £125,000 to £500,000 and cutting the top SDLT rate from 12% to 7%, or possibly even moving the levy from the buyer to the seller.

The tax is widely disparaged, and many consider it to be counterintuitive for the housing market, with potential buyers put off from house hunting because they lack the funds to cover the levy.

I’ve argued previously that reforming stamp duty could revitalise the market, leading to more transactions and increased market fluidity; which for agents means more business to look forward to. Keep your eyes on March 11, this is a big one to look out for.

The year ahead will bring about many legislative challenges, and I have some trepidation that these new rules and regulations will not have the desired effect–looking at the Tenant Fees Ban here. But it’s also expected to be a boom year of strong growth for the industry, and if these laws do work as intended, there’s good reason to feel optimistic.